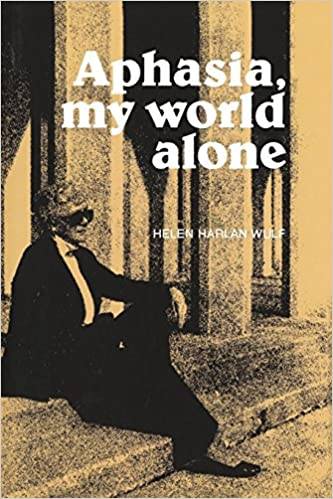 10 Quotes About Aphasia by a Person With Aphasia

Helen H. Wulf, stroke survivor and person with aphasia, provides an extremely rare and personal glimpse into what it's like to live with aphasia, or the loss of access to the language network of the brain after a brain injury. Helen was born in Chicago and attended Northwestern University, where she was elected to Phi Beta Kappa and received a B.A. dgree in 1935. She holds an M.A. degree in Sociology (1958) from Southern Methodist University. She wrote this book after dedicating years to her stroke recovery. She believes that there are many things that "need badly to be told in the interests of aphasics-to-be" and that "future aphasics will be helped if works like this are allowed to come to fruition."

The following are 10 quotes from her book, published in 1986 by Wayne State University Press and part of the William Beaumont Hospital Series in Speech and Language Pathology. 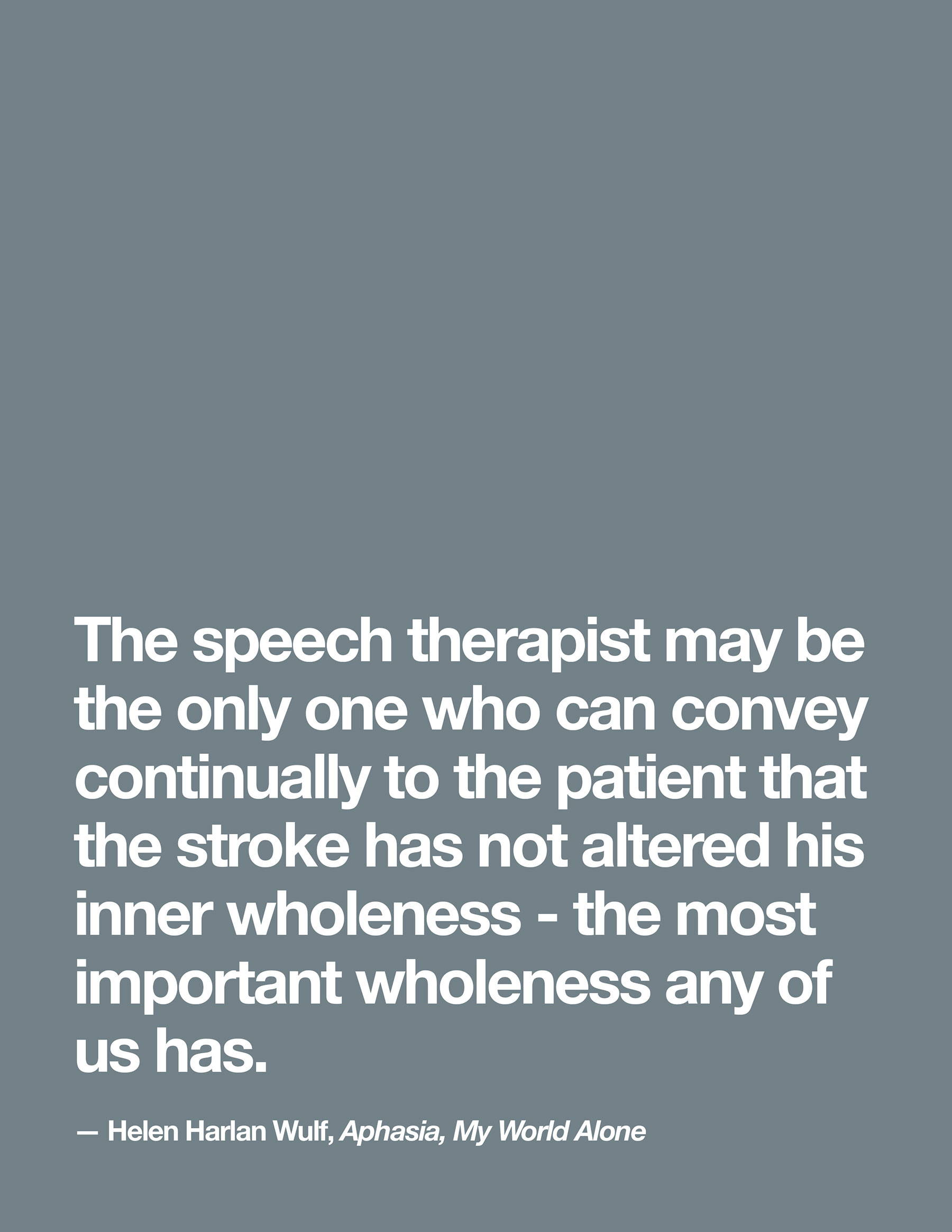 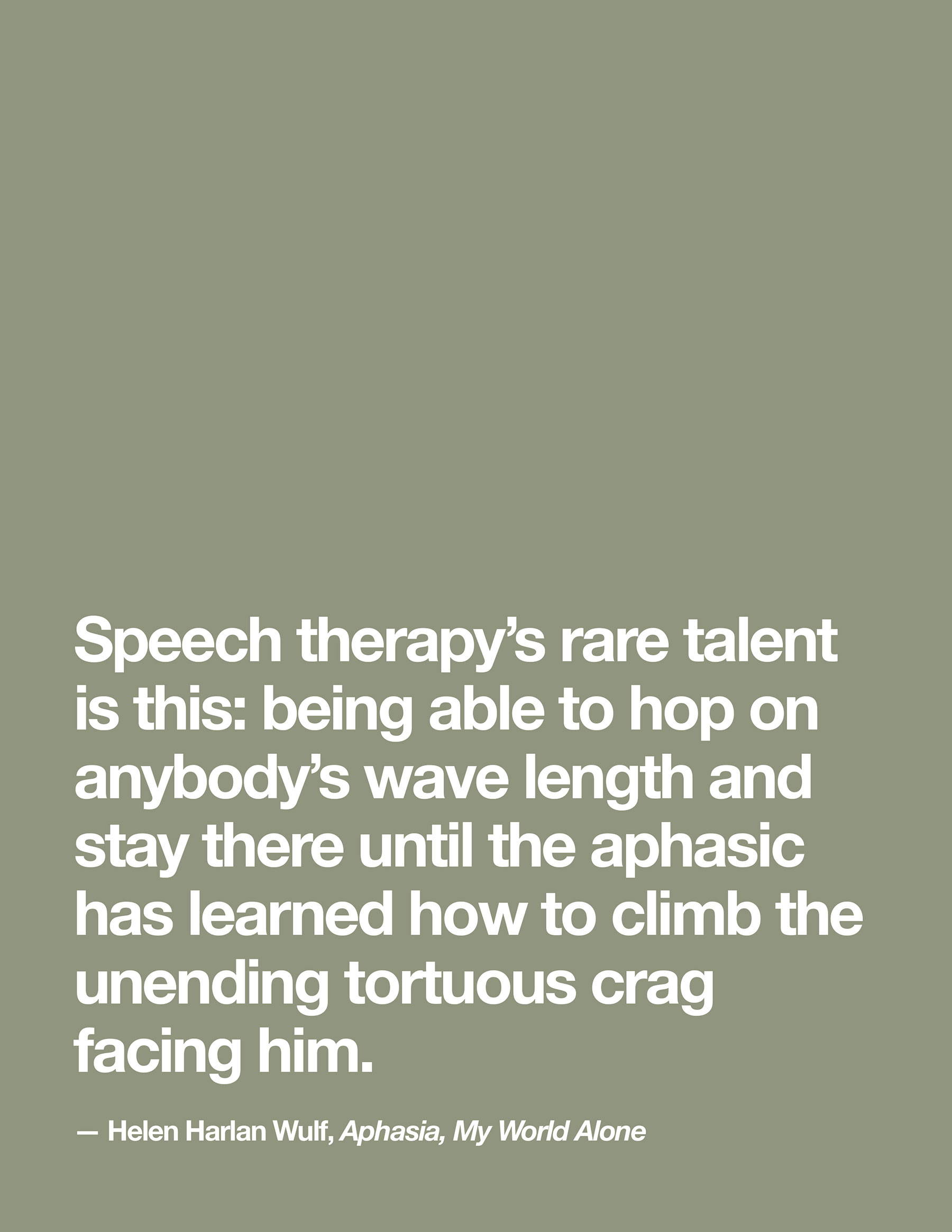 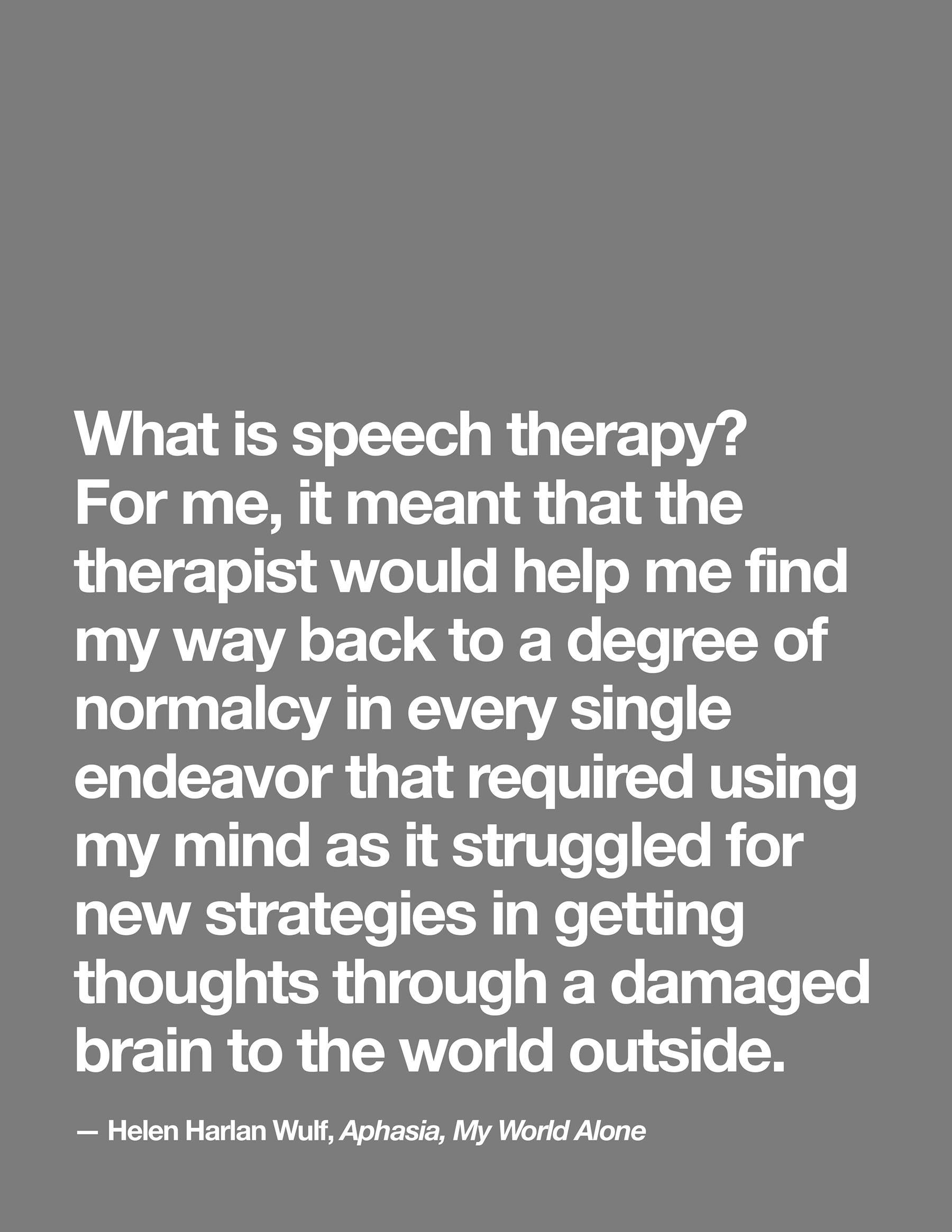 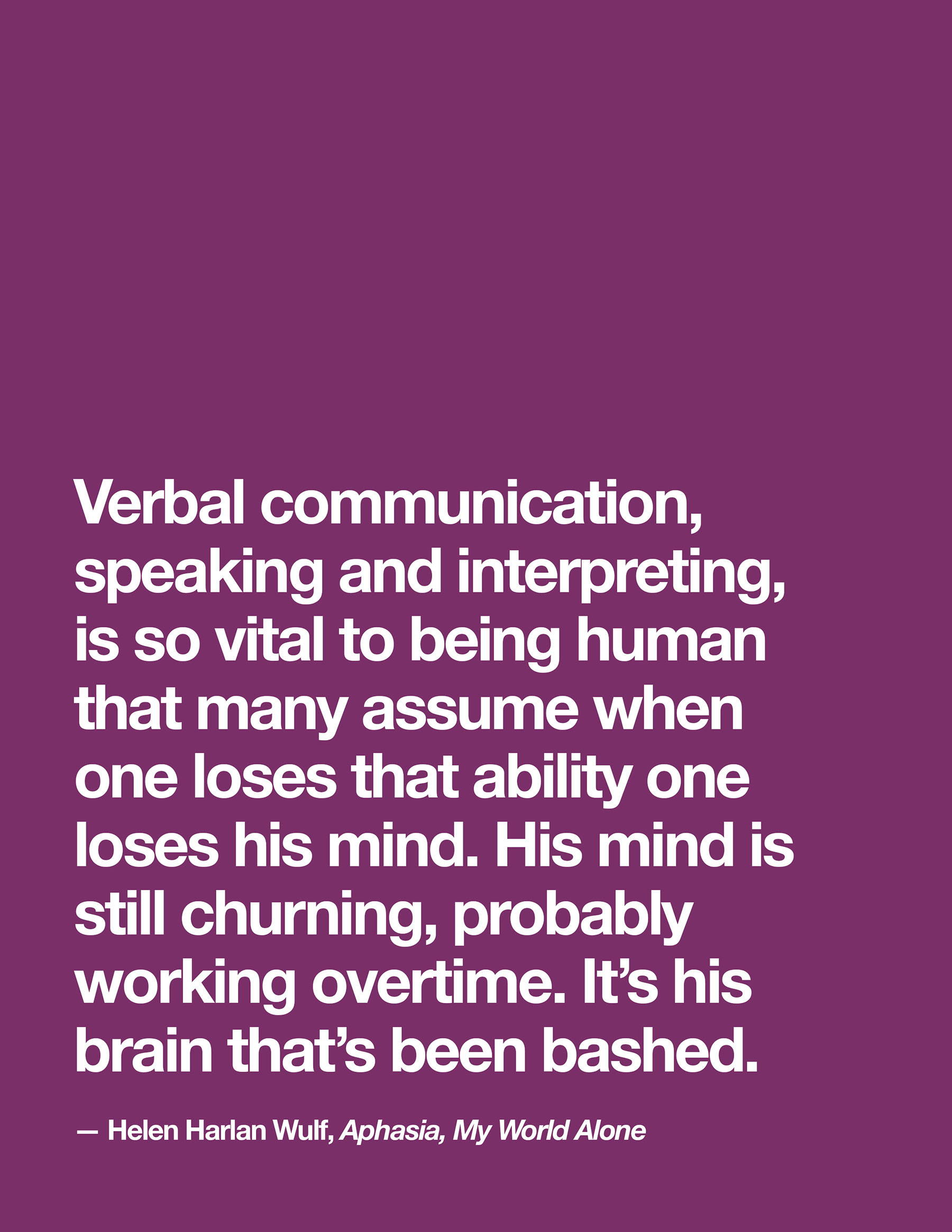 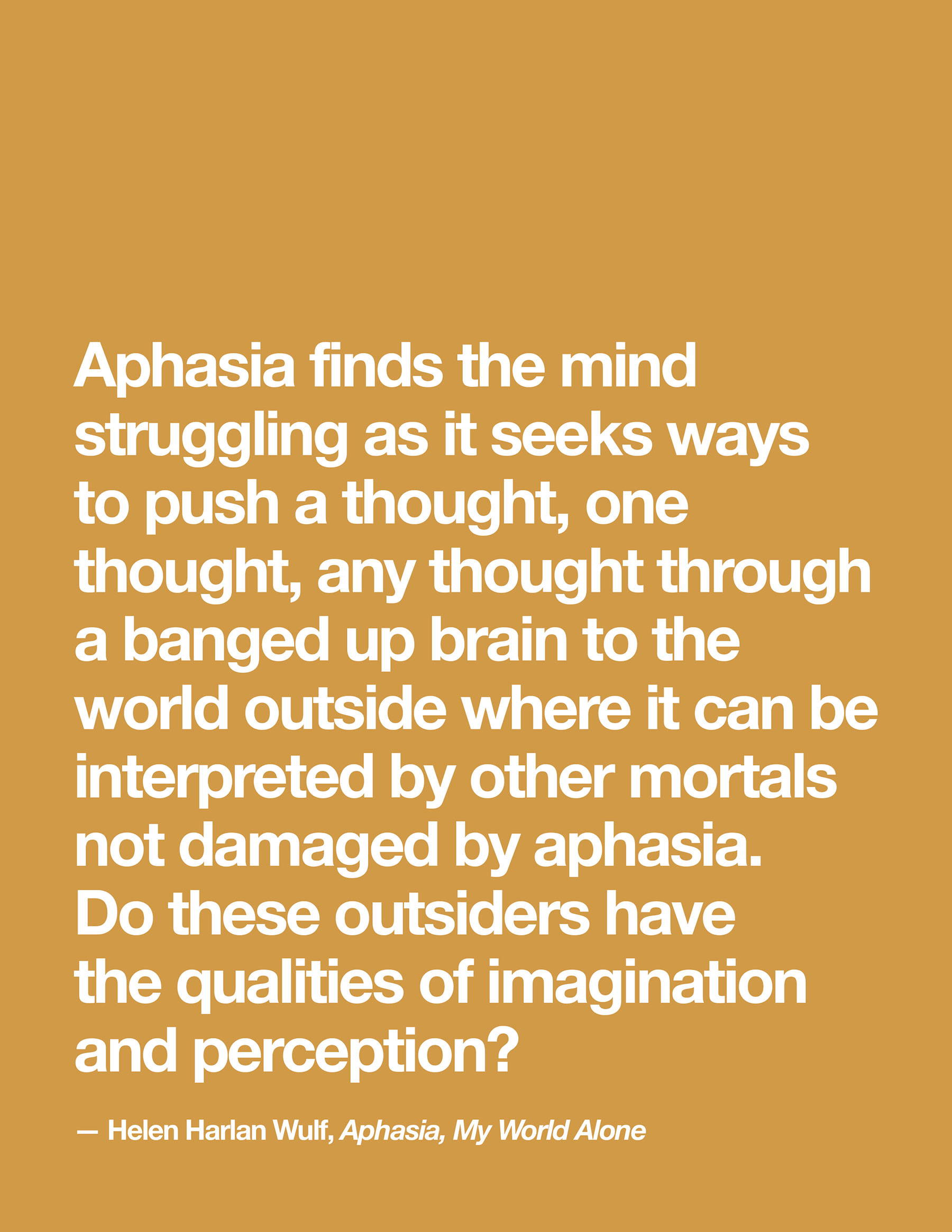 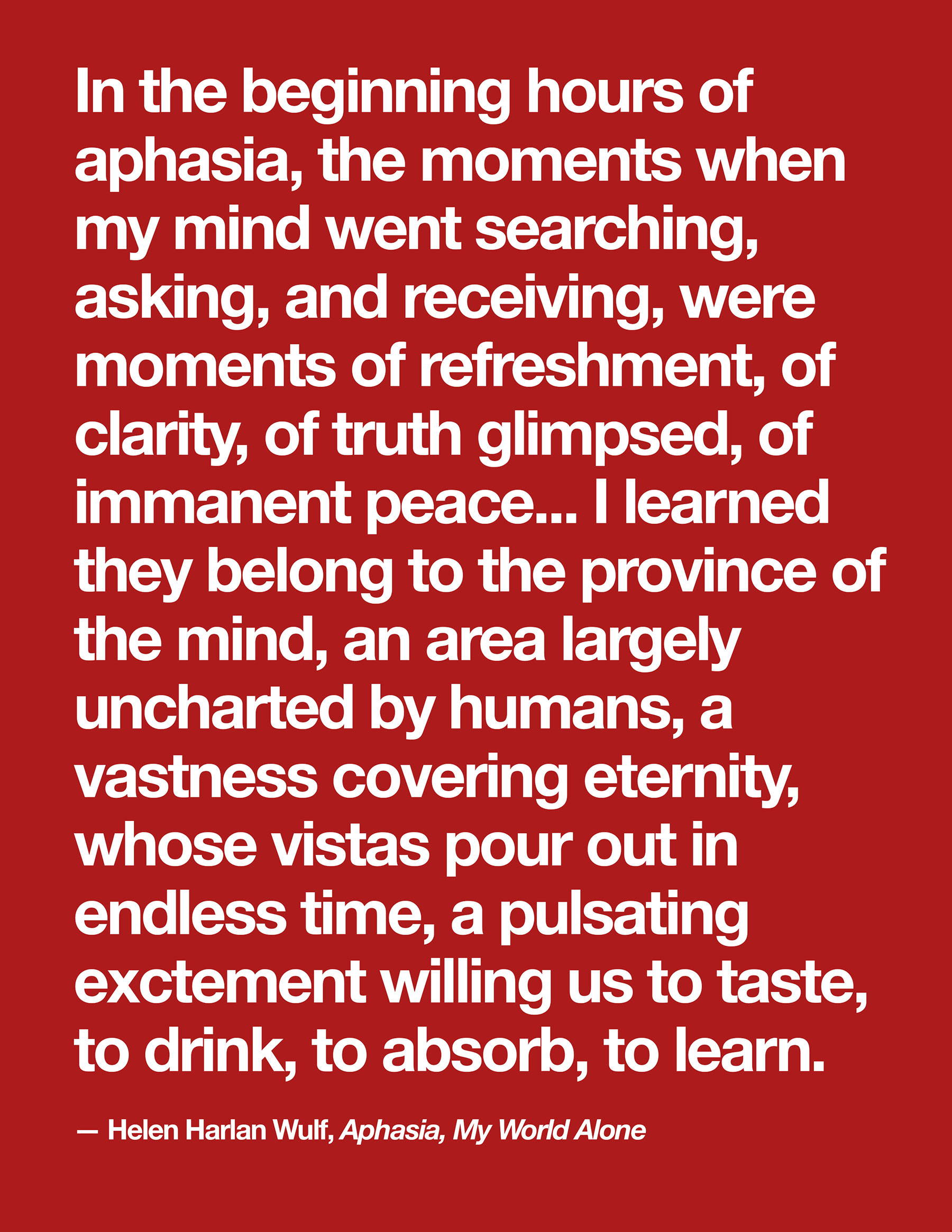 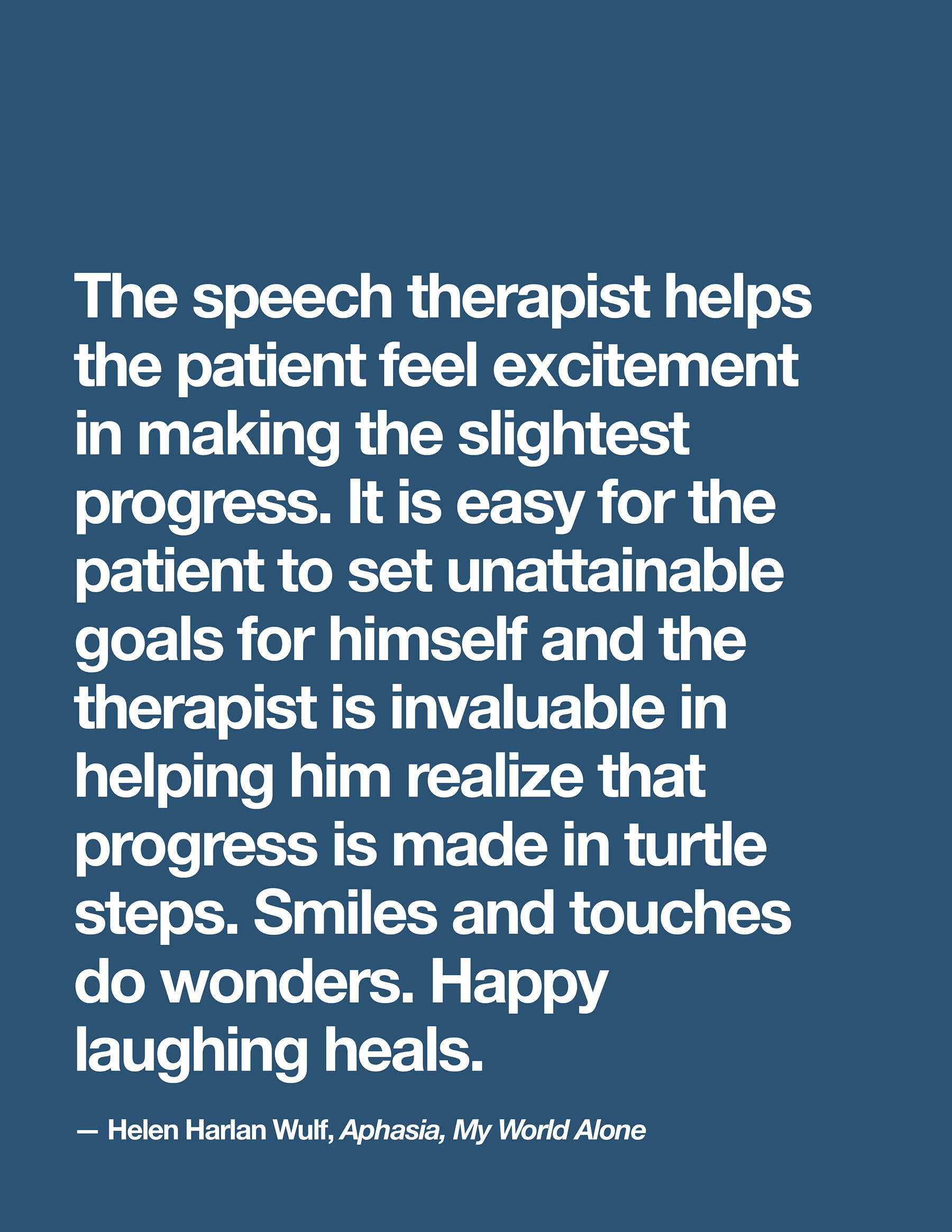 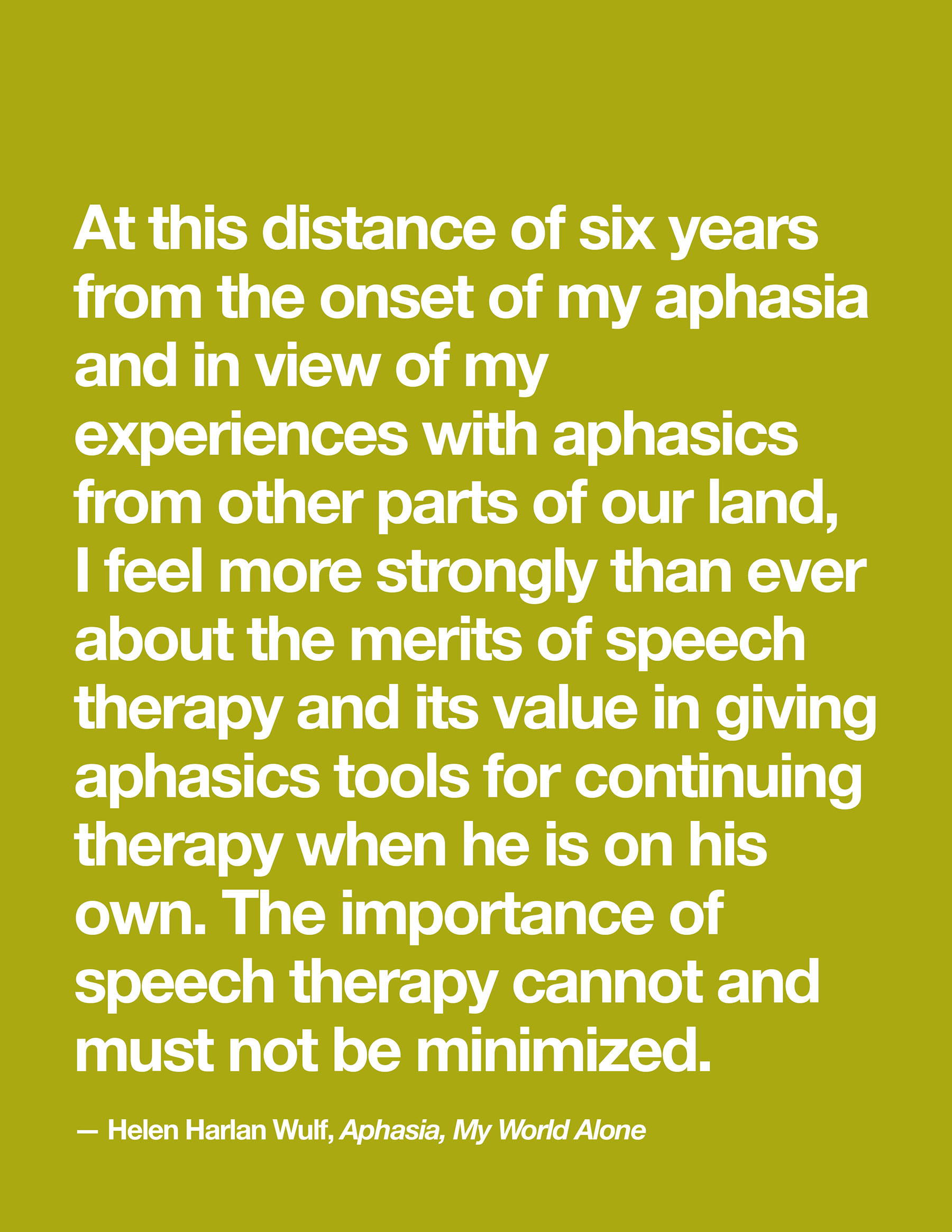 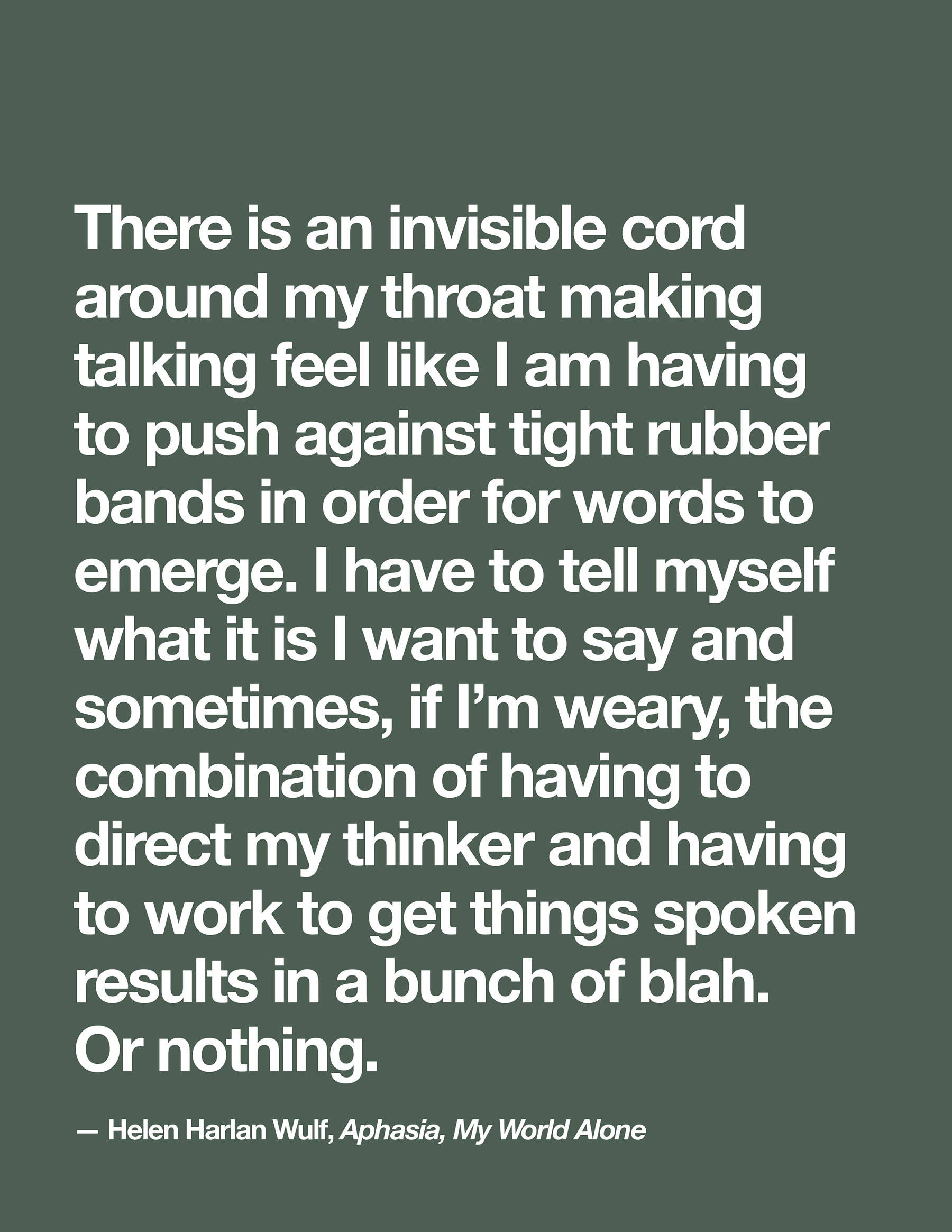 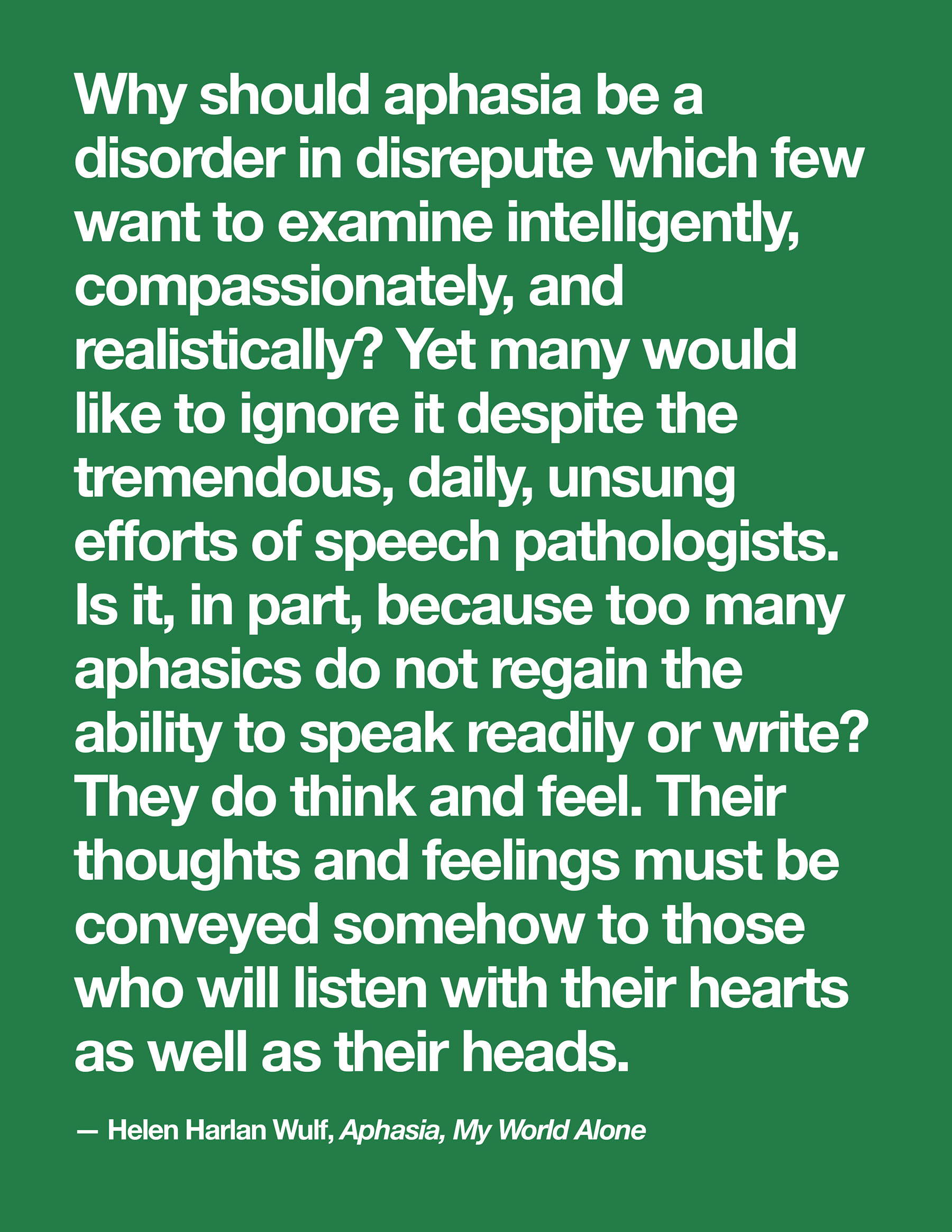 Other books about aphasia:

View all aphasia resources in the Clinical Resource Library